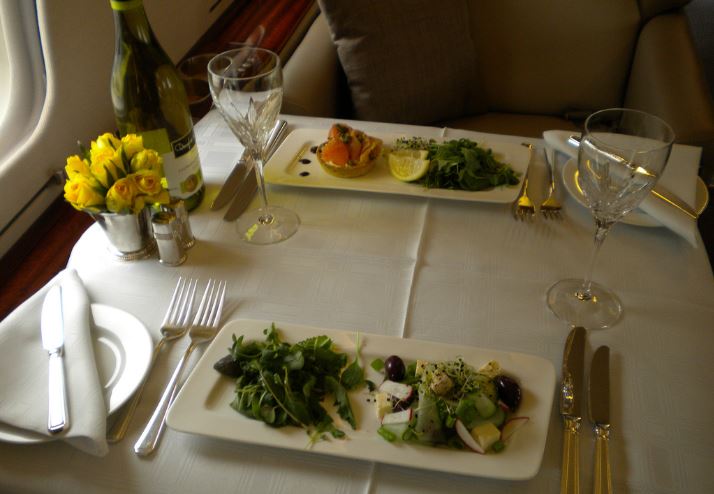 We can arrange any type of meal setting for our clients for their flight.  The ordered catering will be delivered to the aircraft by an attendant from the FBO that the passengers are departing from.  On smaller aircraft, the passengers will usually serve themselves but assistance can come from the co-pilot. On larger aircraft, where a cabin attendent is often included, the catering is often served in a fashion similar to commecial airlines. The menu selection may vary depending upon the sourcing of local caterers near the FBO of departure.

The typical catered meal usually includes meat (most commonly chicken or beef), fish, or pasta; a salad or vegetable; a small bread roll; and a dessert. Condiments(typically salt, pepper, and sugar) are supplied in small sachets or shakers.

Caterers quite often are asked to produce alternative meals for passengers with restrictive diets. These meals are usually asked to be ordered at least 12 hours in advance, sometimes when reserving the flight. Some of the more common examples of specialty meals include: